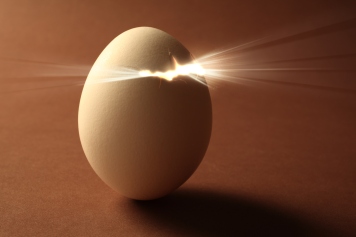 close, I’m taking some time to reflect on the significant events of the past year and to anticipate the exciting things yet to come.

This is a long-standing tradition of mine and perhaps of yours, too. At the end of each year, Margie and I write a letter to all our friends, wishing them a happy holiday and catching them up on what’s been going on in our lives over the past 12 months. We’ve been doing this since shortly after we got married in 1962, the year Margie graduated from Cornell. That’s more than 57 years!

Together, all of these letters tell the story of our lives over the past half-century. What’s amazing is that by looking back, we can see how problems that once seemed insurmountable were the necessary conditions for wonderful new developments. A few choice examples spring to mind:

This was the year I earned my PhD in education from Cornell. I had anticipated finding a position as a dean of students. Even though I had great interviews with several universities, none of them hired me. This was a blow to my ego and sure looked like an unhappy ending. But I ended up taking a position as the assistant to the dean at Ohio University, which was an important new beginning. At Ohio University I met Paul Hersey. Paul liked my writing and asked me to coauthor a book with him. That led to our development of Situational Leadership® and my career as an author and leadership expert.

Fast-forward 40 years to the year a raging wildfire burned our house to the ground. What had every appearance of being a tragic ending was in fact an inspiring new beginning. Margie and I moved up the street into an even better house, this one with a view of the hills to the west. Now we never get tired of watching breathtaking sunsets from our back patio.

This year one of our company’s superstars, Howard Farfel, is ending his 18-year career with Blanchard, seven of those years as president. I have real mixed feelings about Howard stepping down. I don’t know a nicer human being or finer gentleman than Howard. He’s had a powerfully positive impact on our company, and his smile and sense of humor will be sorely missed. But this ending marks a thrilling new beginning: My son, Scott Blanchard, will be taking leadership as Blanchard’s new president. As anyone who’s heard Scott speak knows, his love and passion for our company and the work we do is second to nobody’s.

I’m excited about 2020 and I hope you are, too. Before the new year, take a few moments to reflect on the things you’re leaving behind in 2019. Even if some of those things make you sad, remember that what looks like a finality isn’t really the end—it’s the beginning of something brand new.