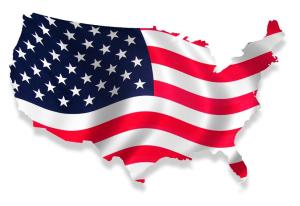 (This is the eleventh installment in my twelve-part blog series A Leadership Vision for America.)

I realize that what I have been saying about creating a servant leadership culture in Washington is not easy to sell. To a lot of people, it sounds like “soft management.”

When I am confronted by these kinds of concerns, I love to tell about an experience I had several years ago at my local branch of the Department of Motor Vehicles (DMV). Stop me if you’ve heard this one!

When you mention the DMV, most people would say it’s a government bureaucracy that often treats them as a number instead of a human being. I felt the same way at the time—but like we all do every few years, I had to go there in person to renew my driver’s license.  I hadn’t been to the DMV in years and headed to the office with low expectations.

I knew immediately something had changed when I walked in the front door and was greeted by a smiling woman. “Welcome to the Department of Motor Vehicles! Do you speak English or Spanish?”

She pointed to a nearby counter and said, “Right over there.”

The guy behind the counter cheerfully said, “Welcome to the Department of Motor Vehicles! How may I help you today?” It took me only nine minutes to get my replacement license, including having my picture taken. I asked the woman who took my picture, “What are you all smoking here? This isn’t the same old DMV I used to know and love.”

She asked, “Haven’t you met our new director?”and pointed to a man sitting at a desk right in the middle of everything. I walked over to him, introduced myself, and asked, “What’s your job as the director of this branch of the DMV?” The man gave me the best definition of management I had ever heard:

“My job is to reorganize the department on a moment-to-moment basis, depending on citizen (customer) need.”

The director obviously had a compelling vision for his department. The point of their business was to serve the needs of their customers, and to serve them well. What did this director do? I learned that he cheered everybody on—that’s why he was out in the middle of the action. He also cross-trained everyone in every job—that way, if a flood of citizens came in suddenly, they would be able to provide the service that was needed. And no one went to lunch between 11:30 and 2:00, because that was the busiest time of day for customers to come in.

This director created a motivating environment for his people. His team members were really committed. Even employees I recognized from past visits—who at the time had seemed stiff and jaded—were now excited about serving.

When leaders are servants first and leaders second, they make a positive difference in everyone around them. Would you like to work for this kind of leader? You’d better believe it. Why? Because he’s a servant leader who treats his people as his business partners in implementing the service vision and solving problems.

If this philosophy can impact a government agency like the DMV, why can’t it impact all segments of society, including the U.S. government?

To me, what’s needed are leaders in Washington who believe we should:

Thanks for tuning in to the Leadership Vision for America series.  America is a great country and I feel blessed every day to be able to live here. Let’s encourage our leaders to do what they need to do to keep America moving in the right direction. And if you’re an American citizen, be sure to get out and vote on November 6, on national, state, and local political races and issues. Your vote counts!

I’ll have some final thoughts next week as I conclude this series. What are your thoughts as Election Day approaches?

4 thoughts on “Is there such a thing as servant leadership in government?”