(This is the eighth installment in my twelve-part blog series A Leadership Vision for America.) 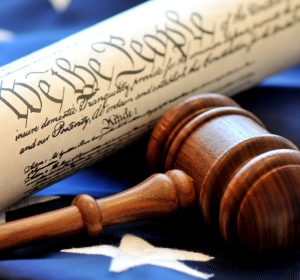 Our leaders need to create a clear, compelling vision for America. They also need to start treating Americans as true business partners. Now let’s look at the third secret for helping to fix Washington:

The Third Secret: Involve Every Sector of Society

Assumption: No problem can withstand the assault of sustained collective thinking and action.

When I talk about sustained collective action, I’m talking about every sector of society being involved. The strategy to do this is an outgrowth of the thinking that went into Sam Williams’ and Eric Swanson’s book To Transform a City. (I’m currently working with Sam and a colleague of his, Mike Carlisle, on an initiative called Vision San Diego, with the goal of making San Diego truly “America’s Finest Region.”)

In their book, Williams and Swanson established that there are three primary sectors in our society, each having three domains.  They are:

In the past, when it has come to finding solutions for city, state, or national problems, the focus has tended to be on only two of these nine domains—government and business. The self-serving mess we have in Washington is a perfect example. When people start believing that our problems can be solved only by government or by business, it dooms problem solving to failure because the other seven domains are on the outside looking in—and some of them have become our country’s most critical judges.

Take the media, for example.  I’ll never forget when I participated in a Young Presidents’ Organization University program in Singapore in 1984. Prime Minister Lee Kuan Yew, the leader who transformed that country, spoke to us. He was prophetic when he said:  “I love the United States, but I’m worried about you. I don’t think you are going to get strong leaders in the future because your press does not understand the difference between freedom of speech and national integrity.”  That was almost thirty years ago.

I think if the media were invited in to be part of America’s problem-solving team, they wouldn’t feel the need to set themselves up as judge and jury for our leaders and everything the government is doing. The reality is that all nine domains of society need to be involved for real problem solving to take place.