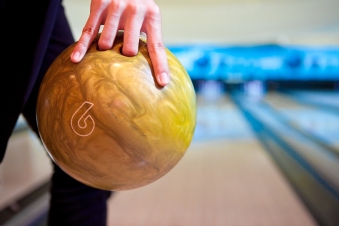 In The New One Minute Manager, Spencer Johnson and I share that setting One Minute Goals begins with the belief that everyone is a potential winner. They just need to understand what they are being asked to do and what good performance looks like.

When setting goals, managers work side by side with each direct report to write a goal statement for each of their areas of responsibility, including the standards that will be used to evaluate their performance. This provides clear direction on what the direct report needs to accomplish and how they will know they have done a good job.

Ensuring that direct reports have a way to monitor their own performance and measure progress is an important component of motivation. To explain the motivating nature of creating clear goals, in the book we share a story we heard from Scott Meyers, a longtime consultant in the field of motivation.

One night when Scott was bowling, he saw some people from an organization he previously had worked with. Everyone in this group had been described as disinterested and unmotivated. Meyers watched as one of the men who had been identified as unmotivated approached the line and rolled the bowling ball. Soon he started to clap and jump around with delight. Meyers had never seen the man so animated. Why do you think he was so happy? Because he got a strike and he knew he had performed well.

Meyers contends that the reason people in organizations are not clapping and jumping around at work is, in part, because they aren’t always clear about what is expected of them. In bowling, this would be like rolling the ball down an empty lane without any pins at the end. With no pins to knock down, there is no goal and no performance to measure. That wouldn’t be much of a game, would it?

Yet, every day in the working world, people are bowling without pins. As a result, they can’t tell their manager how they’re doing. When managers assume wrongly that the people on their team know what the goals are, no one is set up for success.

Never assume anything when it comes to goal setting. Set your people up for success by working with them to write clear One Minute Goals. Then check in occasionally and see how they are scoring. Keeping goals top of mind will help people focus on the important work and achieve higher levels of performance.