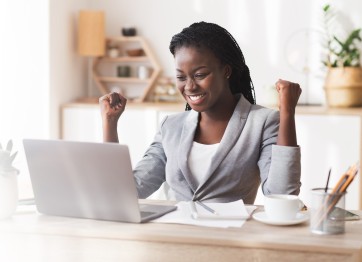 In my last blog post, I wrote about Setting SMART Goals, a Directive behavior. In this post we’ll talk about Facilitating Self-Reliant Problem Solving, a Supportive behavior.

To refresh your memory, Supportive leadership behaviors are things you do that develop mutual trust and respect with your team member, resulting in increased motivation and confidence.

If you want the people you’re leading to be strong and resilient, you have to teach them how to solve their own problems. This can be one of the hardest challenges for leaders, because most of us have risen to our positions by being great problem-solvers. We’re good at identifying problems, coming up with solutions, and making improvements. However, those very strengths can be weaknesses when it comes to developing resilient team members.

Resist the urge to rescue team members by providing them the answers to problems. Instead, ask them open-ended questions to lead them through the process of solving the problem on their own. Follow these steps:

Many leaders shun this approach because initially, it requires an investment of time and energy. If you hear yourself thinking, “Forget it—it will be easier and faster to do it myself,” you’ll know what I’m talking about. I guarantee that the time you spend helping people develop problem-solving competence will save you time in the future by building bench strength on your team. Once you encourage people to tackle tough problems, you’ll be amazed by the creative solutions they’ll find.

An example my coauthors and I wrote about in Leading at a Higher Level concerned the management team of a large organization that was struggling with a severe traffic problem on the road leading to its location. The road crossed four miles of protected wetlands, so it could not be widened without significantly impacting the environment. Each morning, the traffic leading to the site was backing up the entire four-mile length of the road, adding an hour to commuting time. The resulting delay and aggravation caused a significant drop in productivity.

Three years earlier, the management team had hired traffic consultants to solve the problem. The consultants’ attempts to a devise solution failed miserably. As a last resort, management decided to assemble a team of their own employees to brainstorm solutions. The employees met twice a week for a month, at which time they provided some practical recommendations.

The simplicity of the employees’ recommendations surprised management. For example, they suggested that trucks be prohibited from making deliveries to the site between the hours of 6 a.m. and 9 a.m. Since there were many deliveries to the site at this time, putting this suggestion into practice immediately removed some of the slowest, most cumbersome traffic clogging the road. That and a few other recommendations resulted in an almost instantaneous improvement in the traffic flow.

This story brings home one of the key benefits of practicing the SLII® Supportive skill of Facilitating Self-Reliant Problem Solving: tapping into the creativity and talent of your team members. As I’ve often said, the people who report to you aren’t just hired hands—they have brains, too!

Google co-founder Larry Page once famously hung up copies of documents showing the dismal financial performance of the AdWords search engine (now known as Google Ads). Across the top of the documents he wrote, “THESE ADS SUCK.” It was only a matter of days before team members tackled the problem and improved the service, which now generates the bulk of Google’s $162 billion earnings.

While I might not use Larry Page’s leadership communication style, I appreciate the way he facilitated self-reliant problem solving by pointing to the problem and allowing his team to discover a solution. Now, if he’d told his employees, “you suck” instead of “these ads suck,” that would be a different story!

So far we’ve covered two Supportive and one Directive micro skills of an SLII® leader. Over the next few weeks I’ll be exploring more of these micro skills, so stay tuned!