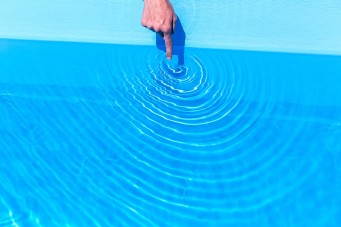 We’ve all seen the image of the ripples created when a pebble is tossed into a pool of still water. The ripples radiate out in ever bigger circles—all from that tiny pebble.

In a sense we’re all like that pebble. Our words and actions—whether positive or negative—ripple out and impact the world around us.

I was reminded of this after Sunday night’s massacre at the Jason Aldean concert in Las Vegas—the deadliest mass shooting in US history. The shock, fear, and anguish of that event rippled across social media and regular news channels.

Then came the heroes—ordinary people covering others with their own bodies, stopping the bleeding with their own shirts, carrying the wounded to paramedics, and offering their own vehicles to rush the injured to hospitals. Long lines of people wrapped around those hospitals, waiting to donate blood.

The hope and humanity of these selfless actions also rippled across media channels, inspiring a continuous outpouring of compassion and support.

The truth is, our words and actions affect many more people than we often realize. In a study on the impact of cooperative behavior, James Fowler and Nicholas Christakis found that each time a person acts for the public good, that action is tripled by others who are influenced to contribute as a result. In other words, good deeds have a cascading effect on humanity.

So, do good and love others. You make more of a difference than you know.